C -, C  bloody minus. Who the bloody hell do they think they are. I was quite sure that the work I had handed in was the work of a genius. I was quite convinced that after I had settled in at Uni there would soon come a tap on the shoulder as I was pulled aside to be informed that I could be the next Herman Hesse, or Katie Price. But no. I’m just a C -, and all because of grammar, and punctuation. At least it’s only the first year which means the lecturers have another two years to discover my greatness and I should be proud that despite the terrible accommodation I have survived my first year at University.

I must say I have mixed feelings about being a mature student and studying for a degree. I am still unsure if it will actually benefit me as a writer. Of course a degree will not make me a successful writer but it does allow me the freedom to  write as much as I can in three years in the hope that at least one book may get noticed. The problem with being a writer is you are either truly hardcore and  can handle the poverty because it adds to your experience as a writer, or like me, need some money so you take a job that demands more of your time and attention. This leaves you with enough money to still party hard, live in comfort, and pay for the occasional mad excursion to some unknown destination but leaves you with little time to write. 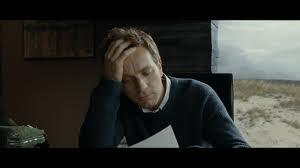 It looks like I will come back for a second year. If only because the prospect of working full time again in the world of corporations fills me with dread. The original idea was to be fully independent as a writer so I would no longer have to don a suit and tie and could live my life in a warm country writing by the sea. I am half way there. As well as my degree I have been building a copywriting portfolio on the side to make some extra cash. This will support me as I continue to write fiction on the side waiting for the all important ‘yes’ from an agent. And a reasonably fat cheque that tells me to chill to the max for the next year.